In July 1954 both the local and national press carried the story of the headmaster of Usworth Secondary School, Oliver Whitfield, caning  200 boys when one of them would not own up to graffiti on the building. The reports tells how the freshly painted boy's porch was defaced for a second time, despite a warning after the first offence. A parent wrote anonymously to the press, but reporters could only find parents who supported Mr Whitfield. He justified his actions with the cliché 'spare the rod and spoil the child', and the warning that 'Teddy Boys begin at school'

The matter was even raised in Parliament, but the minister refused to intervene saying it was a matter for the headmaster and the local authority. No more was heard of it. 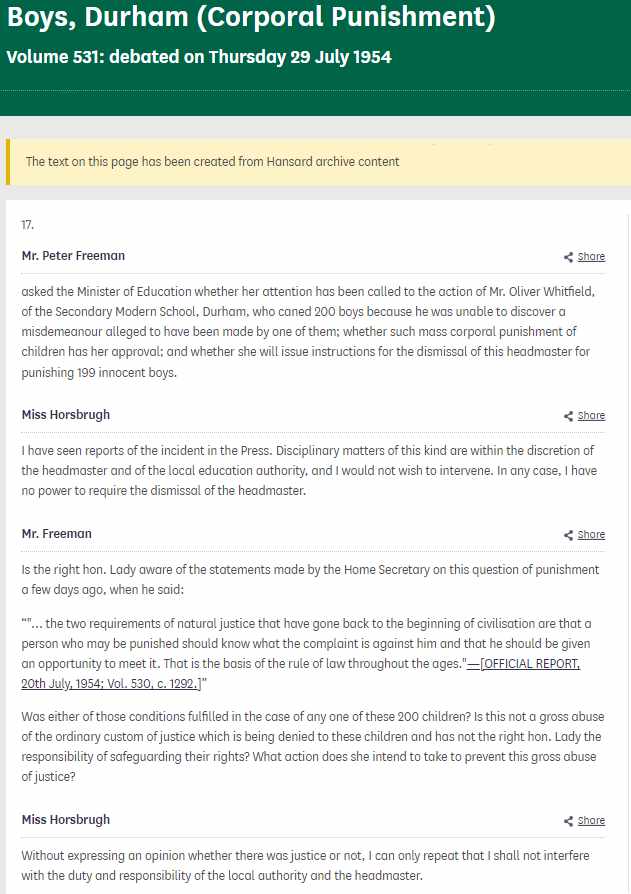