Toasting bread on an open coal fire seems, according to my limited research among friends, to have been a regular activity in many parts of the country in the 1950s and probably until legislation brought about the banning of coal burning fires.
I was used to my parents – and my dad in particular – providing excellent toast for my brothers and I. Eventually, of course, we were able to toast our own bread.

A coal fire could, with care, reach a state for perfect toasting. When some of the pieces of coal had burned to a coke-like state and lay on the metal grid at the base of the fire and whilst a kind of crust of coal had formed above the ‘coke’, the fire would glow red, orange and yellow with scarcely a flame to be seen - this was just the time for perfect toasting. On such occasions, a slice of bread would be attached to a toasting fork and held towards the fire – just the right distance away or the toast would be burnt or underdone. In a very short time the first side would be toasted, the slice reversed on the fork, and the second side done. Perfect toast was crisp on the outside and soft on the inside – simply crying out for a covering of butter! Of course, if slightly burnt, the crispy, burnt bits could be scraped off with a knife.

My dad introduced our sons to bread toasted on the fire and they came to love it. They named it ‘fire toast’. 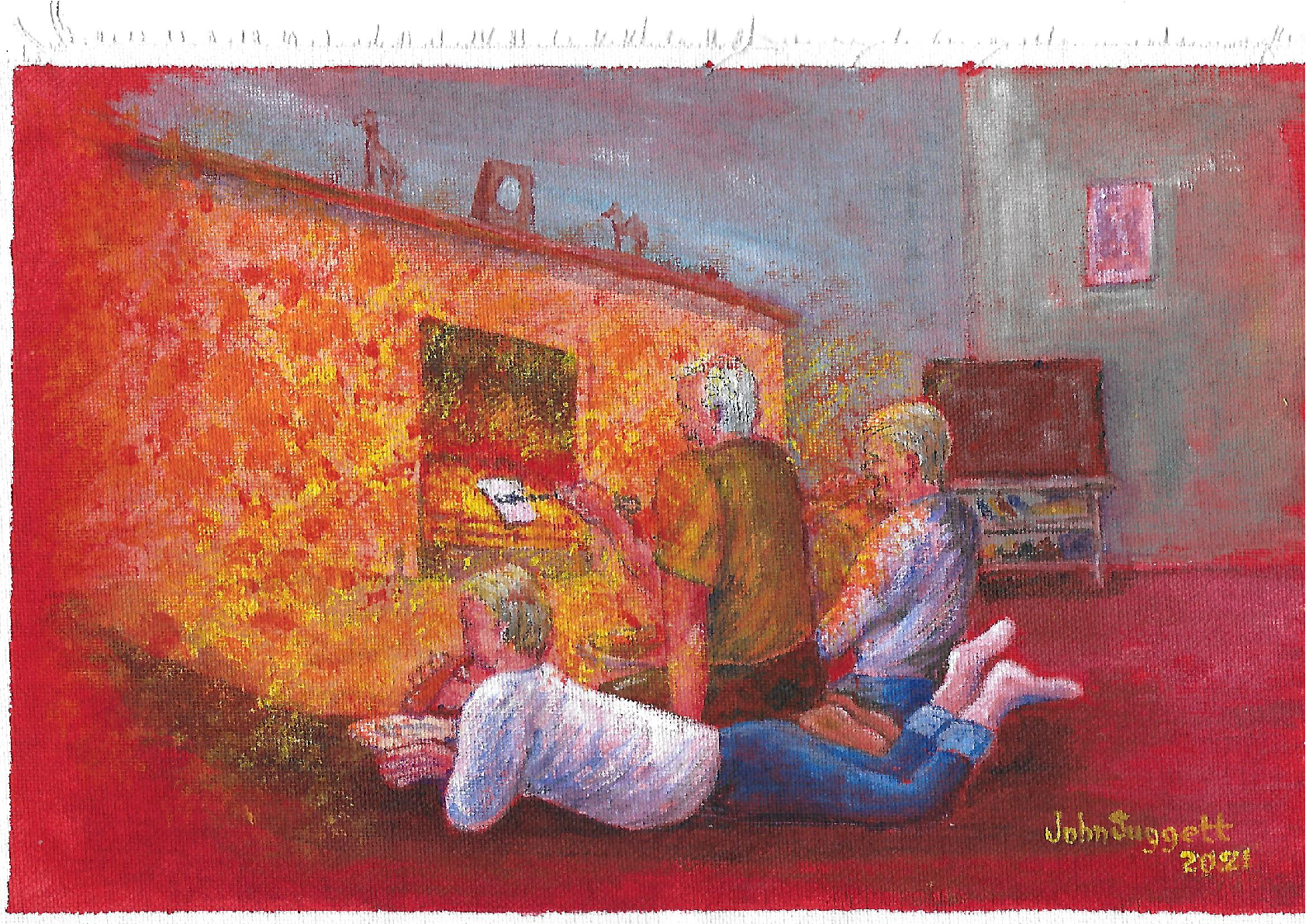 When I was teaching at Donwell Primary School, the staff would regularly play badminton in the school hall on Friday evenings after the children had gone home. It was a splendid way to socialise and relax at the end of the week. My wife Sheila would collect our sons Stephen and Michael from school then take them the short distance to my parents’ home before returning to join the fun. When badminton was over, Sheila and I would go to collect the boys. Often, they would be sitting or lying beside my dad near to the fire where he would be toasting slice after slice of bread whilst mam diligently spread on Lurpak butter. Dad would grumble that his hand and arm were being burned by the heat from the fire and he would claim that they were “…eating me out of house and home,” but, secretly delighting in their attention and appreciation. Mam too!

Were Steve and Mike to be asked today who made the best toast, they would say that granddad’s ‘fire toast’ was undoubtedly the best.