‘Cannon’ was the name given to a game where each player placed an empty tin can on the ground near the wall where our ‘back gates’ were. The tins were spaced out a few inches apart and in as even a row as possible and facing the players who retreated to the other side of the street. Turns were taken at throwing a small ball at the tins with the aim of knocking down someone else’s tin can. When a ‘can’ was successfully knocked down, the player whose ‘can’ was hit ran to pick up the ball then chase the other players who had, when the ‘can’ was struck, rushed as fast as they could towards the end of the street – a distance of about a hundred yards. The players then turned to race back to their ‘can’. The player with the ball tried to ‘catch’ other players by touching them with the ball or throwing the ball at them to score a ‘hit’. A player ‘hit’ or touched had to take over the ball then try to catch other players. In another version of the game, players hit or touched were deemed out of the game. Hitting with the ball or touching with it were only allowed on the ‘homeward’ leg of the run. Players escaping ‘capture’ had to put a foot on their ‘can’ to show that they were safely ‘home’. The game would continue initially, without anyone who had been ‘caught’. 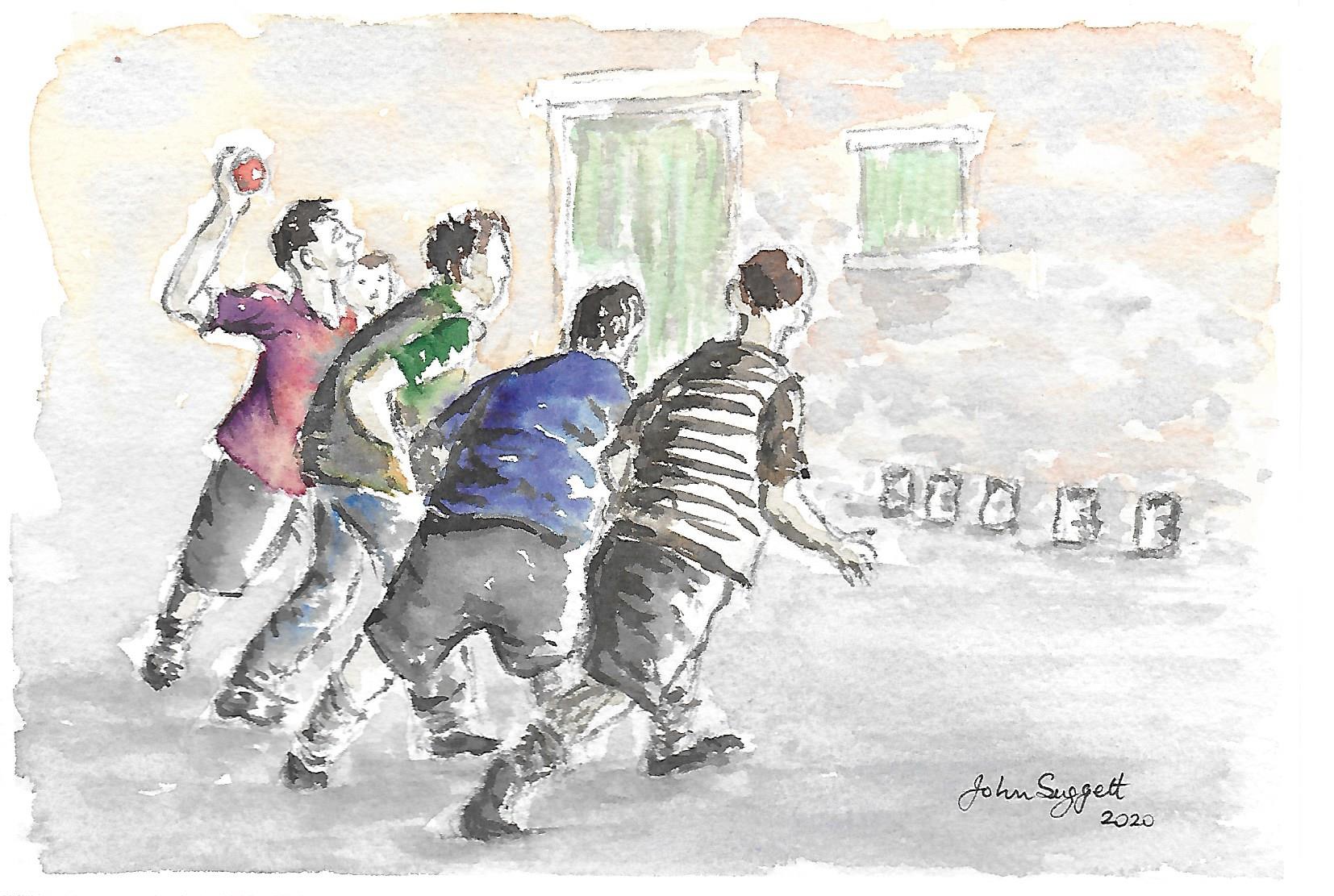 A variation of ‘cannon’ was called ‘one tin cannon’ and this involved the selecting of two teams (or ‘sides’) from those playing. One tin can was placed centrally in the street then the teams retreated an equal distance, probably five yards or so, from the ‘can’. Turns were taken at throwing a small ball at the ‘can’ as in ‘cannon’. When the can was knocked over in this game, all of the players In the successful team ran to the street end chased by the other team members. The chasing team was only allowed to ‘catch’ members of the other team on the ‘homeward’ leg of the chase and, during the chase, the ball could not be carried but had to be thrown from one team-mate to another. As in ‘cannon’, players could be eliminated from the game if ‘caught’. Team members were safe when the ‘can’ had been re-set.

If you’ve managed to follow my descriptions, you will probably realise that that the one tin version required more skills than the one tin each version since throwing and catching on the move was an integral part of the game whilst the ability to dodge and weave were also helpful attributes.